Please wait while we look for similar wines...

Sorry, we are unable to add this product to the cart. Please try again or call customer service.

Item added to your cart

Added to cart - along with this month's FREE gift! add another case to qualify for FREE gift

Applicable tax, shipping and any additional discounts will display at checkout.

Some of our tastiest offers are only available by email – sign up to receive them today.

All set – thank you!

So, how do we pick out wines just for you?

When you add a Favorite or Rate a wine highly, we know you’ll want to taste it again – especially if it goes on sale.

By updating your Wine Preferences, we’ll know exactly the kinds of wines you love (or don’t) and can tailor offers and special cases to your tastes.

Your Reviews let us know how we’re doing (and help your fellow customers as they browse).

Please select the state to which you would like to have your wine shipped. If your state is not listed on the drop-down menu below, we regret that we are unable to ship to you at this time.

By clicking "Verify" you acknowledge that you are at least 21 years old.

Wine Dock Co. is a Michigan licensed retailer who is able to accept, fulfill, and ship your order for wine in the state of Michigan.

1,000 grape varieties. 325,000 acres of vineyard. Over a million different growers. More than any other wine country, Italy rewards the explorer ... though perhaps not the reader or writer! It is nearly impossible to say all there is to say about this Aladdin’s cave of wine discoveries.

The ancient Greeks called Italy ‘oenotria’ — literally, ‘land of the vine’. Wine has been made here for millennia, and beyond mouthwatering Pinot Grigio and succulent Chianti (the country’s most famous white and red, respectively), you’ll find a fantastic range of wines that reflect a deep commitment to local styles and ancient traditions. Wines are classified by village, grape, producer, or Italy’s centuries-old DOC system (similar to France’s AOC system).

If you think this sounds like a challenging maze to navigate, you’re correct — but it’s incredibly satisfying too. As we’ve traveled hundreds of miles (from ‘top to toe’ and back again) and knocked on as many cellar doors, we’ve learned that the best way to discover Italy’s wines is, simply, to taste them. Do so with dinner: Italian wines famously come into their own with food.

Sunny Italy is home to a dazzling array of wines. 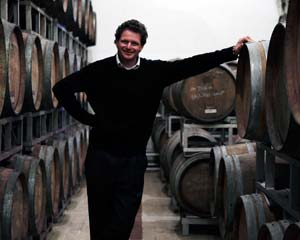 At the foot of the Alps in Italy’s northwestern corner, Piedmont is famous for complex, age-worthy reds. The storied Nebbiolo grape thrives in the misty hills of the Langhe wine zone (Italy’s answer to Bordeaux and Burgundy), where it makes Barolo and Barbaresco, two of the world’s most celebrated, aged-worthy wines. The region is also famous for its crisp, fruity Gavi whites. Made with the Cortese grape, Gavi is Italy’s most expensive white wines shipped to the U.S. 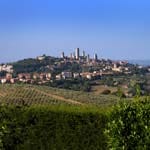 Bright sunshine, rolling hills, groves of olive trees, charming villas ... Tuscany is as famous for its enchanting landscape as its Chianti wines. They’ve been crafted here for centuries and are made with the noble Sangiovese grape also the variety behind the legendary Brunello di Montalcino and Vino Nobile di Montepulciano. Like Chianti, these famous reds are named for the wine zones where they’re crafted and you’ll find them at all price points. For flavor-and value-packed Chianti, we head straight to Paolo Masi, one of our favorite Italian winemakers. 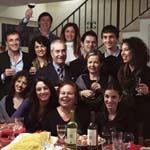 Sandwiched between the Apennines and the Adriatic Sea just east of Rome, this central region’s landscape is complex think deep canyons, valleys, forests and woodland. On the other hand, the region’s wines are simple. Crisp, citrusy Trebbiano d’Abruzzo is the region’s famous white, made with the Trebbiano grape. Cherry-packed Montepulciano d’Abruzzo is the region’s signature red, also named for its grape and not to be confused with the Tuscan town of Montepulciano, famed for its Vino Nobile wines. One of our favorite producers in the region is Farnese Cellars, the three-time ‘Italian Winery of the Year’ that has helped put Abruzzo firmly on the fine wine map. 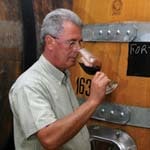 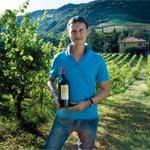 Known as ‘God’s Kitchen,’ the island of Sicily is home to abundant local traditions and extreme climate variations (among them: blistering heat and arid winds) that make it a hotbed of different wine styles. The island’s king red grape is cinnamon and prune-packed Nero d’Avola; fresh, zesty Catarratto is queen of the whites. International varieties like Chardonnay and Merlot are also making great wines here.

In accordance with the null Department of Alcoholic Beverage Control, all orders for wine must be placed with a licensed null wine retailer. WSJwine, along with its marketing partners, has chosen state_retailer_.

state_retailer_ is a null licensed retailer who is able to accept, fulfill and ship your order for WSJwine in the state of null. Should you have any questions regarding state_retailer_, please contact customer service at 1-877-975-9463.

If ever a bottle fails to delight, you get your money back.

Get the inside track.
Sign up for exclusive email offers.